CareCabs works well with families in domestic situations when elderly relatives have dementia and are in wheelchairs and need to be transferred for respite or other reasons.

Home/Uncategorized/CareCabs works well with families in domestic situations when elderly relatives have dementia and are in wheelchairs and need to be transferred for respite or other reasons.
­
Previous Next

CareCabs works well with families in domestic situations when elderly relatives have dementia and are in wheelchairs and need to be transferred for respite or other reasons.

We received a call a few weeks ago from a family whose elderly aunt had advanced dementia and whose carer, a close relative needed a break from her role as a carer for a while. To 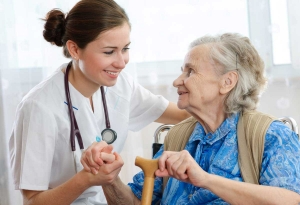 facilitate this, the family had sought and had been granted respite for their relative for a three-week period.

The elderly lady with dementia was non co-operative and prone to outbursts including verbal and physical abuse. The problem was that this elderly lady had recently become bed ridden and refused to leave her bed receiving her food and bed baths in the bed rather than getting up.

The HSE had awarded the family 3 hours care per day to assist in her care. This time was used in bathing her and cooking for her since she refused to get out of bed for food or for being bathed. During this care her family and HSE carer noted the she was quite able to sit up when she wanted to but rather chose the remain in a reclined position in bed. 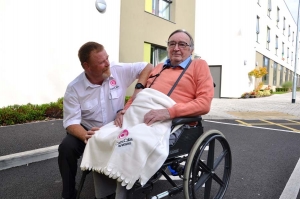 The problem was as follows; How were the family going to convince their elderly relative to co-operate so as to transfer her to temporary respite care in a local nursing home?

We conducted a site visit to assess the risks of moving the elderly lady by means of wheelchair. We arrived at the house we were greeted by the family and shown to the Aunt’s bedroom, which was on the upstairs floor of the house. We observed the layout of the room upstairs, the landing area and the stairs, the hall and the front door and garden entrance. Providing the areas were cleared of obstructions and furniture we assessed the risks of a two-man descent as low and the need for respite high.

We met the family for a discussion and the HSE carer was also present. Everyone agreed that a short period of respite was desperately needed. The problem was getting their Aunt to co-operate. The HSE Carer mentioned that the old lady liked it when she brushed her hair and she would become calm during this grooming. She suggested on the day of the move that she would be present and would brush the old lady’s hair to get her sitting ready for a transfer to her wheelchair. We agreed that CareCabs would provide two men for ensuring a safe journey from the bed to the chair and then down the stairs to the waiting Ambulette.

When we arrived the elderly lady was non co-operative saying she didn’t want to move out of her bed. Her family appealed to her to co-operate and the HSE carer began brushing her hair. The response was amazing. She sat up in the bed to facilitate the grooming allowing us perform a two man transfer from bed to chair.

Having secured her safety belt in the chair and applying the seat belt buckle guard we were able to perform a two man assisted descent of the stairs using a technique we are trained in. From there, we boarded our Ambulette and drove to the respite Nursing Home. The whole procedure took about an hour but was conducted with great care, as the elderly lady’s safety was paramount to us. 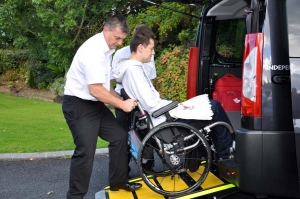 dementia was in their permanent care.

About the Author: Louis O'Carroll